These are films in which I played a principal role

South of the City, Badges of Fire
HWIC Filmworks (2011) 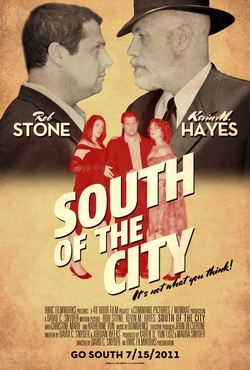 Character: Paul or Paula Perry, Detective
Prop: Umbrella
Line of Dialogue: "I meant to tell you a few days ago."


Kevin M. Hayes as Dr. Ivan Schlenkov and Himself

South of the City- A 48 Hour Film Project from HWIC Filmworks on Vimeo.

If the above 7 minute film does not play, click <HERE> 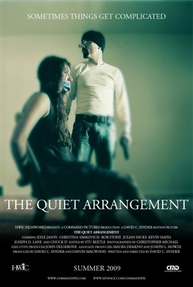 Purchase a DVD of the film: http://www.quietarrangement.com/

EXPERYMENT6 is a Sci-Fi film. It takes a whimsical look at how some of the other Planets in our Solar System might view the short-comings of Humanity. The character, M, is a powerful hidden presence surrounding Earth. He is in the hot seat. The experiment he began nearly a Century ago is failing according to these Planets. M’s experiment, Humanity itself, is given a hard deadline by the concerned Planets - the year 2080. Hanging in the delicate balance with their imposed deadline is nothing less than the continued existence of Humanity.

This 23 minute film was completed in 2009. It was premiered at the Andy Warhol Museum in Pittsburgh, and at the famed Odeon Theater in Florence, Italy. It has also been showcased at numerous theaters worldwide.

If the above vide does not play, click <HERE>

This page contains the last known links to films and trailers I have been a part of. If one of the links is broken, please contact my
Webmistress, Karen
Thank you.